You can’t claim to be a BostonMan if you weren’t born here. For better or worse that’s been the rallying cry from Dirty Old Bostonians to those who migrated to the Hub later in life. Nativism was the standard required for authenticity. This is dissipating as insular neighborhoods experience consistent change. Charlestown and South Boston are teetering toward total transformation. The real Boston accent is becoming harder to find in its city of origin.

The TV and film world discovered the ‘real’ of Dirty Old Boston long ago. Anyone who’s seen The Friends of Eddie Coyle (1973) can vouch for the authenticity Boston serves up as a backdrop for low lives.  Robin Williams famously refused to reveal any detail of any conversations he had at the L Street Tavern and Southie loved him for it during filming of “Good Will Hunting.” He got it. His photos hang proudly over the bar to this day. Since then many films and shows have been made featuring native Boston characters. The more authentic they are, the more we love ‘em. You have it or you don’t. It certainly helps if you were actually from here.

Dorchester native Cliff Moylan is earning a living doing just that: playing a guy from Dorchester. This is a guy whose babysitter, the younger sister of Kay Hanley of the renowned local band Letters To Cleo, dated Donnie Walberg who performed a breakdance number on Cliff’s kitchen floor. Moylan’s own father, a pediatrician, was portrayed in the Paul Newman classic “The Verdict” filmed here in the early 80s.

Dorchester is a tough but tender place that commands fierce loyalties and true grit. In short, don’t mess. 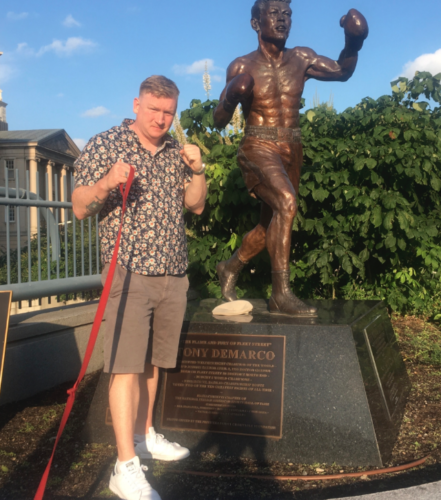 Born to an Irish father from County Clare and an Irish-American mother from County Detroit he spent his first 22 years around here. Though he credits all his former haunts as being formative, it is Lower Mills, St. Gregory’s Parish, that he holds closest to his heart, and where he spent the most time. With its abandoned Baker Chocolate Factory repurposed as a venue for keg parties and it’s Guinness Book renowned trolley that traverses through Cedar Grove Cemetery used for rooftop joy rides; Lower Mills was a place Cliff could develop his imagination with the other hooligans as he calls ‘em.

At 22, after a year of waiting tables at Cafe Florentine in The North End, Cliff moved to New York with a U-Haul full of crap and a heart full of dreams. No sooner did he unpack, did he read in the Village Voice that somebody made a movie set in South Boston. Halfway through Good Will Hunting at the Angelika Film Center, Cliff said to himself, “It’s possible.”

Years went by, restaurant work continued, and acting training remained a priority. A break came. Cliff got a call to be featured background, playing Charlotte’s doorman in Sex in the City.

“That’s me! That’s me! Did you see me? I delivered the dog!” Cliff’s friends and family were proud though his grandmother was never told the actual name of the show. This role put wind in his sails to try things out West where he lived in Hollywood for four years. Aside from eating crappy pizza nothing really happened for Cliff so back to New York he went. 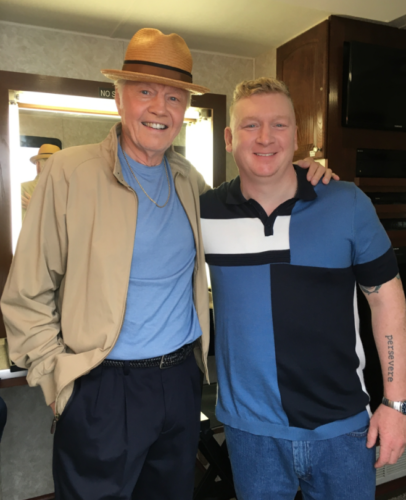 His training includes conservatory programs at The Atlantic Theater Company Acting School and The William Esper Studio. Cliff has also been the student of Kathleen Turner, Bob Krakower and most extensively Chazz Palminteri, of A Bronx Tale fame. 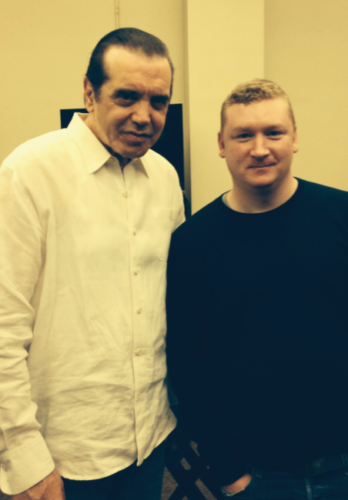 Moylan has played a guy from Dorchester on Showtime’s Billions, and House of Cards on Netflix.

Cliff’s signature role to date is his portrayal of real-life hero Sgt John MacLellan in Patriots Day (2017) starring another Dot guy, Mark Wahlberg. “Welcome to Watertown mother f___er”, he yells, shouting over a fence while firing his service automatic in the portrayal of the famous shootout with The Boston Marathon Bombers. Cliff and John MacLellan are still friends today.

Cliff’s most recent role has yet to be seen: it’s the Ray Donovan full length feature film. For those unfamiliar, please check out Ray Donovan on Showtime to prep for this eagerly awaited full lengther.

When not auditioning Cliff is walking his dog, Hagler, named after the great recently passed middleweight champ, writing his memoir about his Lower Mills adolescence, training in Muay Thai and working on his recovery with over nine years sober. Cliff lives in The Lower East Side of Manhattan but his heart remains in Lower Mills. He sports that Three-Decker Tat proudly. 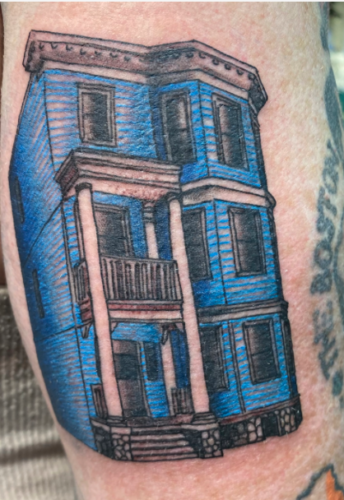 All images courtesy of Cliff Moylan and Dirty Old Boston

Jim Botticelli administers the popular Facebook and Instagram pages Dirty Old Boston. He is the author of Dirty Old Boston: Four Decades of a City In Transition available from local independent bookstores.
For more images, updates and news on all things BostonMan Magazine, please follow their Instagram account here.

Ryan Maloney
Starting 5The Next Level