Being second best has never been something Chris Wayland ever strives for. His successful competitive drive is what he is hoping will take him and his NBCUniversal Boston team to number one in his new role as President and General Manager of the Boston Owned Properties & Regional Sports Networks, which include NBC10 Boston, Telemundo Boston, NECN and NBC Sports Boston (the exclusive television home of the Boston Celtics).

As for how Wayland’s job has changed from general manager of NBC Sports Boston and senior vice president and station manager of NBC10 Boston, Telemundo Boston and NECN to overseeing all four stations, he is excited (and humbled) at the opportunity that lies ahead – not just for himself, but for all 400 employees. 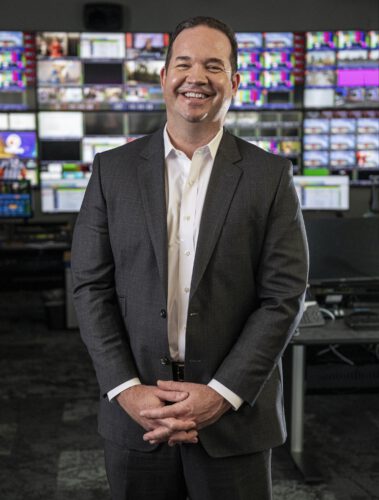 “As we enter a new phase in our stations’ history, I look forward to helping our teams at NBC10 Boston, NBC Sports Boston, NECN, and Telemundo Boston be the place that viewers turn to for their local news/weather and sports information – in any language,” he said “There are four things we need to reach that goal. First, we have to have passionate people, who love what they do. Second, they have to be competitive. Third, we have to be curious with a quest of being the best we possibly can be and fourth, we have to have integrity. We have to do things the right way, but also be solidified and unified. If we are all those things, we have a chance to win. I want everyone to achieve their highest level of performance. That’s what gets me excited about what I do.”

Wayland never could have imagined taking over this new role amidst a worldwide pandemic. “The COVID-19 era has forever changed communities around the globe,” he said. “It is also a pivotal moment for the entire television industry. Not only has it forced stations to broadcast unconventionally, but it also proved we can. The well-being of our employees and the community remains our top priority as we continue to explore and unfold the next evolution of television.”

Wayland began his broadcast career at WLVI-TV in Boston and also worked at Sunbeam Television where he held numerous roles, including executive vice president and general manager of WHDH/WLVI in Boston, and WSVN in Miami; and general station manager and general sales manager of WHDH in Boston. He also held a role as vice president of group operations working at Tribune Media overseeing the group’s stations and helping to increase their revenue. Before joining NBCUniversal just last year, the Elmira College graduate was at WPIX-TV in New York where he revamped the station’s digital/social, graphics and sales operations, and helped the station to significantly increase its revenue and ratings.

After two years building out the former General Dynamics space in Needham, the long wait was certainly well worth the $125 million investment – giving way to the sprawling 160,000 square foot NBCU Boston Media Center. Here, NBC10 Boston/WBTS, NBC Sports Boston, Telemundo Boston/WNEU and NECN are all housed under one roof. 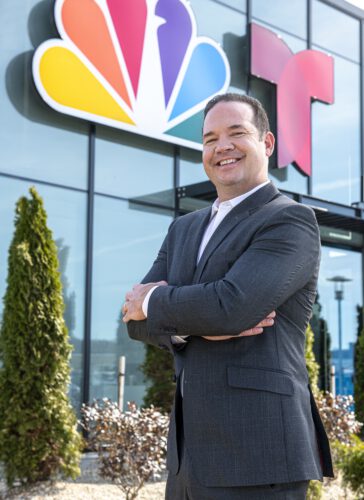 “The collaboration across four brands is amazing having all four stations located here,” Wayland said. “It provides us with the opportunity to move forward in a way we haven’t ever done before. Nobody has the scale that we have. We want to lead the market.”

At the new media facility, Wayland plans to accomplish what has never been done before to bring the television industry into the future.  “Our customized facility was built for every conceivable platform so we can evolve seamlessly in this rapidly change media environment,” he added. “We designed the building to be tech relevant and have predicted for future technological advances.

As the only general manager in the country to oversee four news and production facilities at once, Wayland recognizes the standards have evolved of what people are interested in and willing to watch on television.

“For NECN, we have flipped the format from targeting affluent men with an average age of 65 to female millennials from 25 to 40,” he said. “Boston is a growing market for female millennials. No one had ever spoken to that market before like that. We want to be as authentic in terms of news delivery as we can. We want women, when they wake up, to get their phone, come to our app and start their day by checking out the top three or four stories of the day. I take my job seriously. My primary job is to get everyone here to the place they want to be professionally and my primary role is to remove obstacles so they can flourish in their role. We talk about culture a lot here. If it is not a positive and nurturing environment that allows our employees to operate, then none of the equipment matters.” 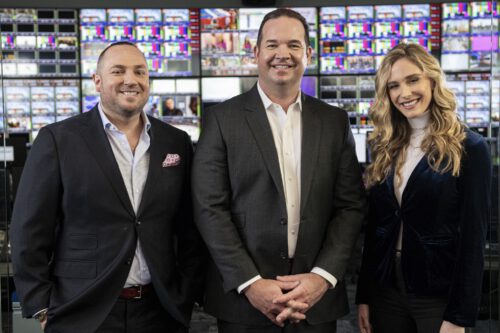 All images by: Eric Snyder