It is one of the fastest growing developmental disorders with no medical detection or cure, now affecting 1 out of every 68 children. President Sean O’Brien and the Teamsters are leading a charge to tackle autism once and for all. 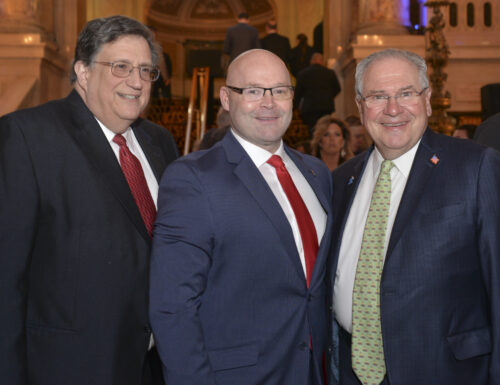 It’s a Tuesday evening in mid-October and we’re sitting at Sabatino’s, an Italian eatery in Wakefield, Mass., about ten miles north of Boston.

Wakefield is the kind of suburban town that allows you to catch your breath; relax just a little, but also cautions you are still right outside the hustle and bustle of the city.

Sabatino’s is a place where you always feel at home. It represents those traditional values that remind you what once was and one day could again be.

I’m casually watching the Red Sox in Game 4 of the ALCS as they match wits with the Houston Astros (this will later be remembered as the Laz Diaz game.) I’m more interested though in the conversation with the man seated directly to my left.

Sean O’Brien had just returned home after a torrid 26-day schedule that had him canvassing the country campaigning. O’Brien is in the final stretch of a dogged race to be the next President of the International Brotherhood of Teamsters, the union known as the strongest voice for working class families across North America.

For the past fifteen years, O’Brien, a fourth generation Teamster, has oversaw all operations as President of Teamsters Local 25 in Charlestown. During his tenure, Teamster Union membership and community outreach have increased substantially on both local and national levels, in large part to O’Brien’s leadership. 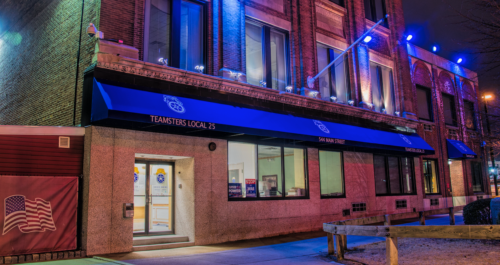 “You know, this is my first night I get to relax in almost a month,” O’Brien says to me as we continue our dialogue.

If anyone deserves an evening to relax a little, it’s him. O’Brien’s positions, and the responsibilities that come with them, are enough to daze even the busiest of us.

One of O’Brien’s positions, since 2007, is serving as a board member with Autism Speaks. This is what brought us to this wistful North Shore restaurant on this autumn evening.

“I would do anything for children,” O’Brien states. “If you think about it, a child with a condition, didn’t do anything that caused it. They were either born with it or it developed at an early age. Anything we can do to help, we will.”

Teamsters Local 25 first got involved with autism in 2006 after a member approached O’Brien about his grandson who was diagnosed with the disorder.

Autism affects one in 68 children and one in 42 boys. Currently, it is one of the fastest-growing developmental disorders in the United States.  Boys are nearly five times more likely to have autism than girls, and treatment costs a family roughly $60,000 a year.

Diagnoses for autism are growing, and presently there is no medical detection or cure for it.

But thanks to the efforts of Teamsters Local 25 and other organizations throughout the country, autism is no longer a taboo subject. 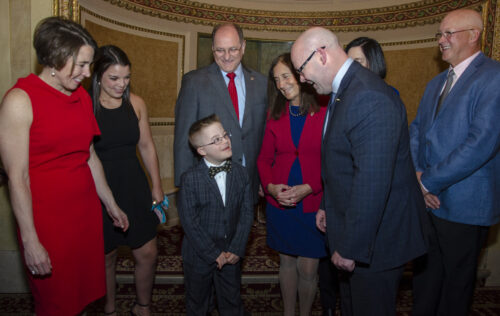 “We still question and study why autism happens, but the conversation is now more focused on how best to help people with autism get the services that help them succeed,” O’Brien explains to me. “We’ve given a voice to those inflicted with autism and their families.”

Since 2006, Teamsters Local 25 has raised millions of dollars for autism charities. These charities are either headquartered here in the state, or the funds are earmarked to programs and services throughout Massachusetts.

Local 25’s commitment to autism does not stop with fundraising either. Teamsters Local 25 has advocated on Beacon Hill as well; helping to pass autism insurance legislation that requires Massachusetts health insurers to provide coverage for the diagnosis and treatment of Autism Spectrum Disorder.

You can feel the genuine care and pride in O’Brien’s voice as he speaks:

“We’re proud of the contributions Teamsters Local 25 has been able to make. We’ve helped to pass health insurance legislation, raise crucial funds for research and awareness, and hopefully give families impacted with autism hope and reassurance that they are not alone.” 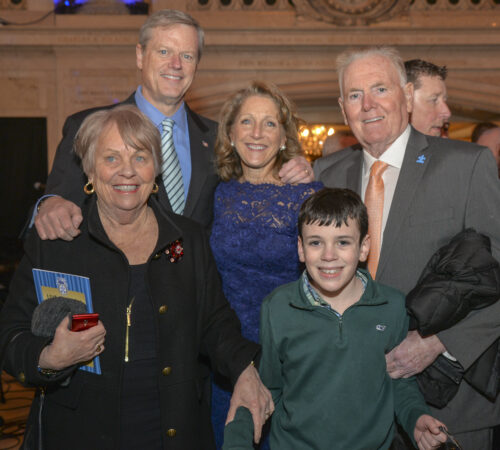 Teamsters Local 25 has donated hundreds of thousands of dollars to Melmark New England, which has helped the residential and day school enhance programs and services for adults with autism.

This collaboration and commitment between Melmark and Teamsters Local 25 helped create the adult day program at The Cancro Center for Adult Services, which currently serves twenty-nine individuals, as well as an expansion of a residential program to serve twenty adults.

Larry Cancro, the namesake for the Center, and Chairman of the Board of Autism Speaks New England, lauds:

“Teamsters Local 25 has been a champion for families with autism across greater Boston and New England for many years. Under President O’Brien’s leadership, their support has been financial as well as in the form of advocacy, public awareness, housing and job creation, and overall to help families struggling with autism lead more typical lives. They don’t just write a check; they show up, get involved, and truly care about the cause.”

Under O’Brien’s leadership, getting involved has been a hallmark of Teamsters Local 25 from the beginning. 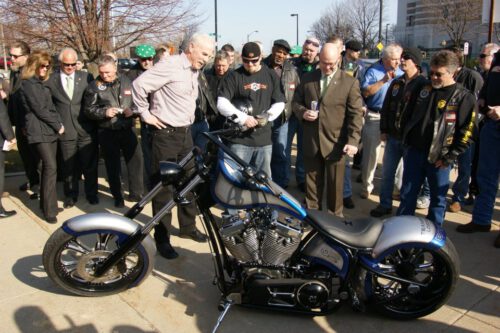 With the annual Autism Speaks Walk, Local 25 has been among the top two fundraisers in the country for the past several years, regularly having several hundred members participating.

At McLean Hospital, Local 25’s generosity has supported research that tests the core signs of autism on a mouse model. The goal is to help scientists understand the causes of autism, and more quickly test new medications that might help to treat specific symptoms of the condition in humans.

At the Autism Research Institute in California, Teamsters Local 25 has funded an entire year of weekly webinars that cover all aspects of autism. This information ended up being a lifeline to thousands of parents and caregivers eager for information.

“It’s not always about the big organizations,” O’Brien emphasizes. “Sometimes we help an individual get an adaptive bike or service dog to help them navigate life a little easier; to help them with the daily tasks that most of us take for granted but for a person with autism these daily tasks can be difficult and stressful.”

In 2017, Teamsters Local 25 sponsored a past member who decided he would support a local girl’s charity by walking 100 miles, 400 laps, around McDonald Track in Malden.

You can’t miss the Teamsters Local 25 presence and impact at Challenger Little Leagues in Braintree, Medford, Northboro, Malden, and Boston.

The mission, O’Brien explains, is to be able to give back to the communities where Local 25 members live and work. 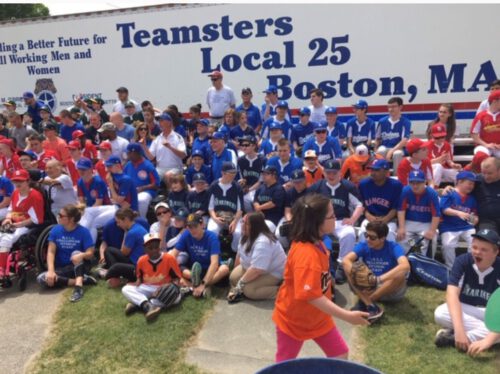 “To some it may just be a children’s tee-ball game,” he says. “But to the players on the field in the Challenger Leagues, this is their World Series every Sunday. Whether they hit the ball or make it on base it doesn’t matter. They are part of a team and learning life skills that will stay with them beyond the season. We are a proud supporter of the challenger leagues in greater Boston.”

All of this culminates each year with Teamster Local 25’s marquee event, the “Gala for Autism.”  The 13th annual Gala will be held Saturday, January 8, 2022, at the Boston Convention & Exhibition Center. The Teamsters Local 25 Autism Gala is the largest fundraiser in Boston for autism bringing together Teamsters and non-Teamsters alike who attend annually to celebrate, raise money, and help bring awareness to the cause.

“It means that the work we are doing in the communities for autism is being recognized and hopefully we are able to provide an enjoyable night out for minimal cost where parents and families are able to relax and enjoy themselves,” O’Brien tells me. 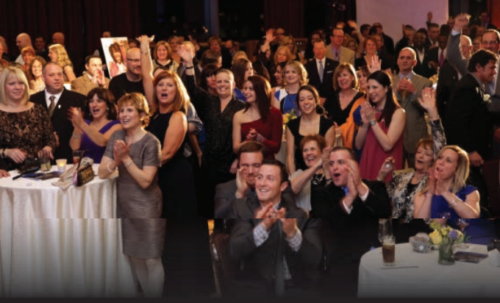 For $60, the gala includes dinner, a selection of complimentary wine and beer, a live band, a silent auction, and a big raffle.

Despite having no Gala in 2020 and 2021 due to the pandemic, the Teamsters Local 25 Autism Fund was still able to support several organizations with hundreds of thousands of dollars.

“I am happy that we have been able to fund our grantees again this year. The Teamsters Local 25 Autism Gala will be back stronger than ever, and our mission will never slow down,” O’Brien assures.

O’Brien credits the generosity of sponsors and the dedication of Local 25 members and volunteers as the reason the Teamsters Local 25 Autism Fund was able to raise these critical funds despite the pandemic-forced postponements.

“When you have a strong community supporting a worthy cause, amazing things can happen,” he states.

It’s almost closing time, and we are the only two patrons left at Sabatino’s. As we pay our tabs, I thank Sean for his time and tell him I’m going to try and make it home for the 9th inning of the Sox game, you know… to see Laz Diaz blow the biggest call in ALCS history.

“I should have an advanced copy of the magazine in a few days,” I say as we shake hands goodbye. “Maybe we can meet back here for dinner, and I’ll give you the first copy.”

“I’d love to,” he says back to me. “But I’m back on the road tomorrow morning, flying out to Kentucky to continue campaigning.”

I leave a few minutes before him, and glance back in through the front window to wave goodnight to the staff and Sean.

A slight smile finds its way across my face as I walk to my car. I can’t help but to feel refreshed and energized after my conversation that evening.

It was fitting we talked at Sabatino’s. Sean O’Brien represents a level of leadership, fairness, integrity, and commitment that is becoming harder to find in this day and age.  He has traditional values that remind you of what once was; and provides hope of what one day, could again be.

All images provided by and used with permission of Teamsters Local 25. 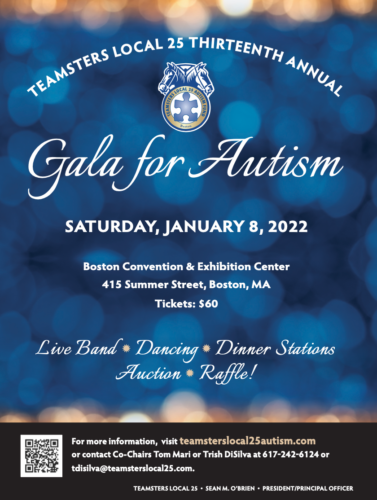