It’s hard to put into words the impact that David Ortiz has had on the city of Boston.

Every person that had the fortunate circumstance of being born a fan of the Boston Red Sox has Ortiz to thank for being a major contributor to the team breaking an 86-year-old curse in 2004.

Being a fan of the Red Sox used to be synonymous with brutal defeats that would cause heart palpitations. Even if you weren’t alive at the time, everyone has seen the heartbreaking footage of Bucky “Bleeping” Dent’s home run, the ball going through Bill Buckner’s legs and the crushing shot by Aaron Boone in 2003, just to painfully recollect on a few.

Ortiz’s path to Boston started in 2003, when the Red Sox signed the former Minnesota Twin to a one-year, non-guaranteed deal that awarded him $1.25 million if he made the team. Don’t you just love a bargain?

Ortiz and Boston seemed to be on the same page from the start. Minnesota looked at the first baseman as more of a contact hitter, but much to Ortiz’s delight, Boston had other plans. During his first spring training with the Red Sox, the team made it pretty clear to the then 27-year-old what they expected from him at the plate.

“In my first at-bat in spring training, there was a man on first,” Ortiz reminisced to Jackie MacMullan of the Boston Globe in 2004. “I tried to move the runner over. When I got to the dugout, [then manager] Grady Little said, ‘Hey, hey, you got to bring that guy in.’ I said,’OK, I guess I’ve got the green light to swing.”

He certainly took that green light and ran with it. Despite a tough April in his first season in which he batted just .212, he eventually found his stroke. Ortiz went on to hit 31 home runs and 101 RBI in his first season donning a Red Sox uniform, both of which were career-highs at the time. The success he had to form a lethal dynamic duo with Manny Ramirez gave opposing pitchers nightmares on the mound.

Even with the tough loss to the Yankees in Game 7 of the 2003 ALCS, the bad taste in the mouths of many in Red Sox Nation did not last too long.

With that being said, it didn’t seem that way, at least at first. The Red Sox and Yankees met again the next season in 2004 in the ALCS, with the Bronx Bombers taking a commanding 3-0 series lead. Many believed the Red Sox had no chance of doing the unthinkable and mounting a comeback. Ortiz had other plans.

I had the privilege of being a lucky spectator to Game 4 in 2004. The then 11-year-old did not wake up that morning thinking he would witness history, but thankfully he did. Ortiz’s walk-off two-run home run into the right field bullpen in the bottom of the 12th inning sparked what ultimately turned out to be the greatest comeback in baseball history.

The late-inning heroics were on display yet again less than 24 hours later, as Oriz came through in the clutch by blooping a walk-off single to cut the series deficit to 3-2. Ortiz injected life into the team and, most importantly, the city. The momentum generated by Ortiz carried into Yankee Stadium, where the Red Sox won two straight to pull off the unimaginable. It remains to this day as the only time in Major League Baseball history that a team has won a series after trailing 3-0.

It was the start of what many Red Sox fans came to see from Ortiz, as he had flair for the dramatic. In 2013, he had yet another memorable home run in the postseason. The Red Sox were up against the Detroit Tigers in the ALCS and were trailing 5-1. Ortiz came up with the bases loaded and, to no surprise, belted a grand slam into the bullpen that sparked yet another comeback from the Boys of Boston.

That was not Ortiz’s most memorable moment of the year however.

In April of that season, the Boston Marathon was forever changed by the bombings that ultimately took the lives of four innocent people. Ortiz delivered a speech in front of the Fenway Faithful before the teams’ first home game since the incident.

He passionately captured the thoughts of many Bostonians when he stated “This is our (expletive) city!” It served as a rallying cry of sorts throughout the whole season, which led to yet another World Series title for the Red Sox, and the third of Ortiz’s career.

Ortiz has certainly left his mark on the franchise, as he has the second most home runs in a Red Sox uniform (483), trailing the late Ted Williams (521).

He certainly racked up quite a resume throughout his career with 10 All-Star appearances, seven Silver Slugger awards and a World Series MVP. All of the awards and recognition for his work on the diamond are certainly deserved and warranted. Ortiz could have been satisfied with his accomplishments on the field and easily rode off into the sunset away from the public eye. However, Ortiz has decided to continue to use his platform to help others. He is grateful that he has been able to make such a positive impact in Boston, a city he holds in high regard.

“Boston will always be my home away from home,” Ortiz told Boston Man Magazine. “In Boston, I accomplished my greatest career milestones in the greatest sports city in the world but it’s also where I raised my family. Most of my favorite memories have all been connected to Boston in some way. Whether it is through my career, my work with my (charity), or through the family and friends I have here, New England will always have a top spot in my heart.”

A native of the Dominican Republic, Ortiz never forgot where he came from. He was  visiting children at CEDIMAT Hospital in February of 2005 in his hometown of Santo Domingo. What started out as a routine visit led to the creation of the David Ortiz Children’s Fund, a charity focused on providing healthcare to children who are born with congenital heart failure (CHF) in the Dominican Republic and New England region. . 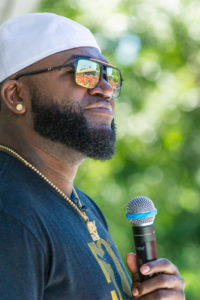 “In 2005, I went to CEDIMAT Hospital in my home country of the Dominican Republic to visit with kids who recently had lifesaving heart care operations,” Ortiz said. “These kids were able to have these surgeries through the work of Heartcare Dominicana, an NGO in the Dominican, (along) with help from International Hospital for Children. As I walked through the ICU and met with more young kids in need of heart surgery, I thought of my own childhood and imagined myself and my siblings in their position. These children should have been outside playing in the ball fields, not fighting heart problems. These kids and their parents showed such bravery and that day, I promised that I would help more kids and families like them. That’s how the David Ortiz Children’s Fund came to life.”

Ortiz noted that 4,000 children in the D.R. and the New England region are born with CHF. The DOCF has partnered with Massachusetts General Hospital to provide funding for heart surgeries, support for specialists, as well as training for emergency care workers.

In the Dominican Republic, the DOCF gives screenings to identify if a patient has CHF, funds mission trips in order for skilled surgeons to travel to the D.R. to perform life-saving operations as well as necessary equipment for procedures, along with implementing preventative care measures.

“So far, we have saved over 800 lives in the Dominican Republic and have helped thousands in the New England area,” Ortiz said. “I am proud of each and every surgery we have helped make possible, and every child we have been able to support. The letters we get from the kids, and the hugs that I get from their parents, are just life-changing. To be able to help kids and see the smiles on their faces, it’s really the best feeling in the world. Going forward, our goal is to continue to grow our program particularly in the Dominican Republic. We have helped to create the only full-service pediatric cardiology program in (the Dominican Republic), and we want to help kids nationwide.”

The DOCF would not be as successful as it is today without the help of its president, Hallie Lorber. Lorber joined the board of the DOCF in 2011 after working with Ortiz in a previous role with Vitamin Water. Lorber rose through the ranks and was named the President of the DOCF in January of 2016.

Lorber gave a detailed description of how the DOCF determines the best course of action in order to maximize the amount of patients that will receive health care.

“Our programs in the D.R. are different than in the U.S. as healthcare differs in each country,” Lorber said. “We work with our partners on the ground to identify the best ways to do the most good while most efficiently scaling each pediatric heart care program.  For example, we just purchased dedicated electrophysiology equipment for the pediatric cardiology program that we have helped create at CEDIMAT Hospital. This dedicated equipment will allow our surgical team to see up to 30% more patients in the next year.

“We screen patients for socioeconomic need and place those children that need our assistance into our program,” Lorber added.  “Sometimes this happens as children come into the hospital and other times we find these children through our outreach programs and missions.” 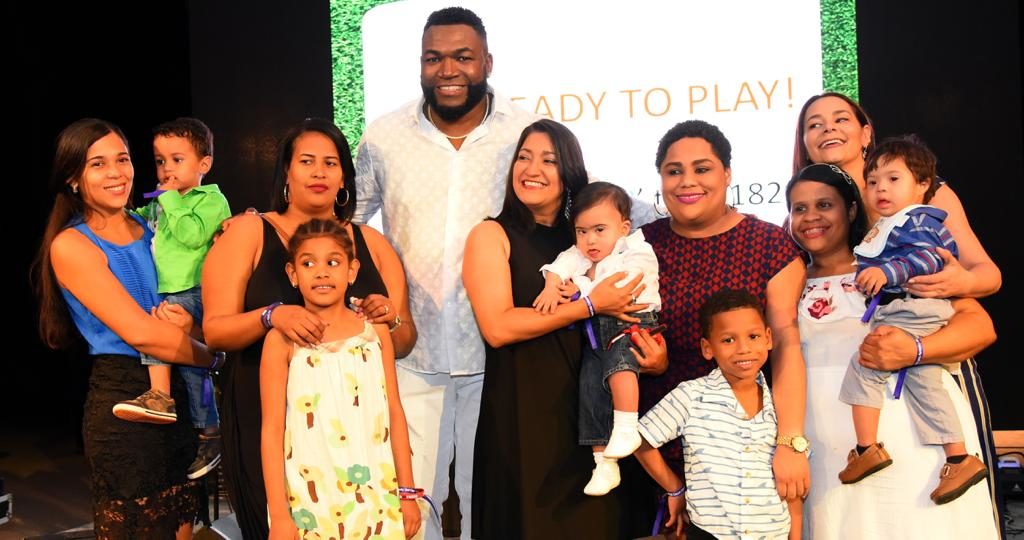 The DOCF would not be possible without the proper funding necessary to carry out the work that saves the lives of children. Per the DOCF, it costs an estimated $5,000 to save one child’s life who is afflicted with CHF. A major revenue source for the DOCF is the Boston Marathon. Eleven runners will be representing the DOCF this year on April 15. Among the participants are Massachusetts residents Kevin Clark (Medway) and Daron Holloway (Roxbury), as well as Fr. Mike Tobin, a pastor from Kentucky.

“As a parent to two young, healthy children, ages two and four, I truly feel for the families who are living with the unimaginable,” Clark said.  “It is heartbreaking that there are so many kids living with cardiac heart disease, and without our support, they won’t get the surgeries or care that they deserve. This is what will push me to the finish line on April 15.”

“I’m inspired by the young kids who are battling heart conditions; they are unable to participate in so many of the everyday activities that we often take for granted,” Holloway said. “I hope to continue to raise awareness about their critical need and that I can help save as many lives as possible as part of this incredible organization.”

“Everyone knows about the Red Sox and David Ortiz – even in Kentucky,” Fr. Tobin said.  “The more I have learned about Ortiz’s character off of the baseball field, how he is using his brand to help kids in desperate need, the more I am empowered to spread the word around my community and support his efforts through fundraising.”

This is the fourth year that the DOCF will be running in the Boston Marathon. The DOCF has raised an astounding $440K in that span.

The DOCF will also be running in the New York City Marathon for the first time in November. Later that month, the DOCF will also host the 12th annual David Ortiz Celebrity Golf Classic from Nov. 21-24 in the Dominican Republic.

If you would like more information on any upcoming events or make a donation, please log on to https://www.davidortizchildrensfund.org/.

ON POINT | A Guy’s Guide to Bold Colors & Prints

Sneaking to the Top, The Timmy Sneaks Story

It’s in the Blood, EJ Perry IV’s Journey to the NFL Draft