Although nightlife around here ends by 2AM, Boston for the past half century has earned kudos for its clubland culture. Live music has been an especially strong suit owing to a youthful demographic and a wealth of talent. While musicians from the Berklee/Conservatory community have contributed mightily, it’s the homegrown DIY ethic emanating from the streets that gave the city true grit. Radio was king with stations like WBCN, WCOZ, and WFNX offering rock in all its forms. A rich array of college radio stations chronicled clubland’s comings and goings on a daily basis. Fanzines, posters, art galleries and underground cassettes worked in unison with word of mouth and Boston Phoenix club listings to create a music rich environment that outsized this modestly populated town.
That brings us to the artist called Steve Shook. Although he was born and raised in the DC area and nursed on the early 80s music scene there, his early 90s move to Boston exceeded his expectations exponentially. The number and variety of musical nightspots blew the 20 something’s mind. From tiny Toad up in Porter Square to the Rat in Kenmore Square, Shook was ecstatic here in Rock & Roll Heaven. Any given night would Steve find in the darkest clubs satisfying his musical addictions.
In a recent conversation with Dirty Old Boston, Shook diagnosed himself still in withdrawal from those magic moments but as a visual artist he found a way to express that loss by making renderings of the places he remembered, the places where he and those of his kind gathered, grooved, strutted and let the good times roll. He posted a few and got positive feedback.
“My renderings are taken from my own collage work,” he told Boston Man Magazine. “The limited edition ones are done via good old-fashioned silk screening. It’s a beautifully imprecise method of printing. With each blur of a line, every slightly off-registered layer, and the occasional mottled tone, we are transported to a time when most printing was done this way. I have more recently been experimenting with Giclee printing for a more precise look. The finish is similar in texture to silk screened art and the colors pop just as hard. My open-edition prints are done this way and I am more than happy with the high-end look and feel. After all these years I haven’t come close to running out of subject matter and new designs pop up all the time. These prints are all labors of love. I am glad so many other folks out there enjoy and love them too.”
Steve Shook has shared copies of some of his prints with us. We include a few here along with descriptions of the clubs for recent arrivals interested in Boston’s cultural history. 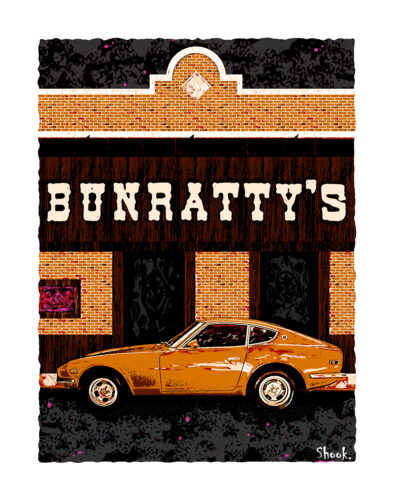 Bunratty’s. For over 10 years this Allston stalwart hosted several bands nearly every single night of the year. They also put out the fanzine called The Beat. Their guiding philosophy: club goers, artists, sound pros, club owners and their employees were all part of the music community at large. In short, equal footing was their mantra. Closing time chant: “You don’t have to go home, but you can’t stay here.” 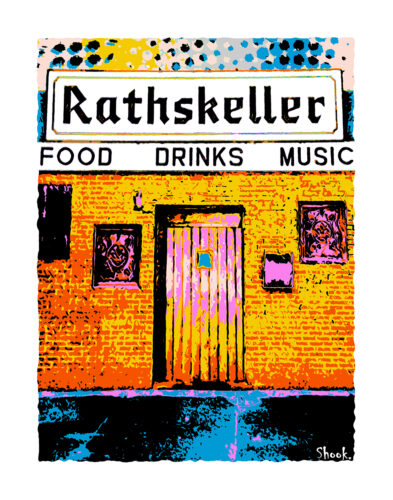 The Rat. This Kenmore Square dive was in many ways the center of the scene. From 1974-1997 its sticky floors and looney lavatory etiquette gave this dark dank basement an aura of anything goes. There was exhilaration in that aura. This was where national and international rockers often performed in their early days. The Dead Boys, The Damned, Ramones, Blondie. Locally it was The Cars, Mission of Burma, Unnatural Axe and countless others who vied for their moment in the spotlight on that rickety stage. Then there was the night the stage itself collapsed as Human Sexual Response broke into their local hit “What Does Sex Mean To Me…” 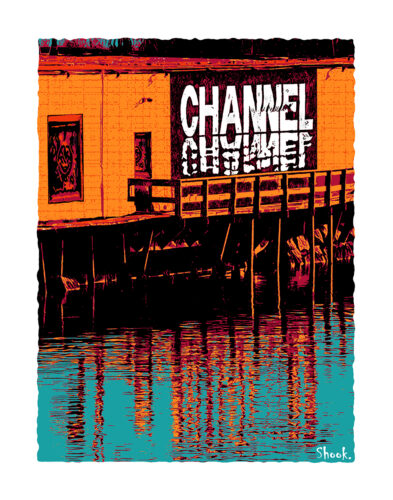 The Channel was located out of the way on Necco St in Fort Point, the city end of South Boston. It was probably the city’s biggest and most eclectic music hall. During the 80s and 90s everyone had heard about it and most had gone. Its cavernous anonymity was its unintended beauty. Some said it had the best sound on the East Coast. Their lineup proves their no holds barred booking policy. The Cramps, PFunk, King Sunny Ade, Jerry’s Kids, Yellowman. It was all there. Were you? 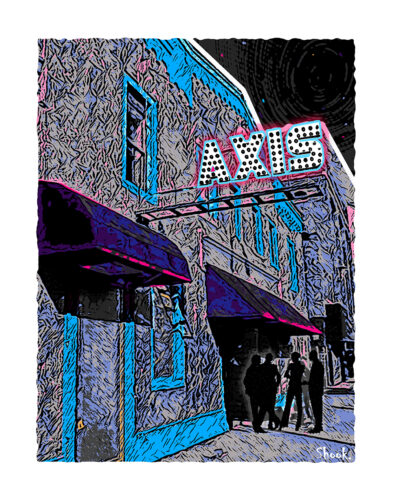 Axis. Sitting in Fenway Park’s Shadow, Lansdowne Street was strictly for night moves. Daytime was for beer deliveries, Red Sox crowds and  ‘other’ stuff. Town Taxi shifts started and ended there. No one lived there. Axis was located at 15 Lansdowne St and was the final iteration of what had been the Boston Tea Party, 15 Lansdowne Street, Boston-Boston, Metro, Spit, Citi and Avalon. As a house music aficionado, this writer could be seen on Fridays when it was Spit because for a time it was House Music Night every Friday. Axis featured many national and international DJs. Young women in tiny black cocktail dresses could be seen running for cabs and cars on icy nights at closing time. 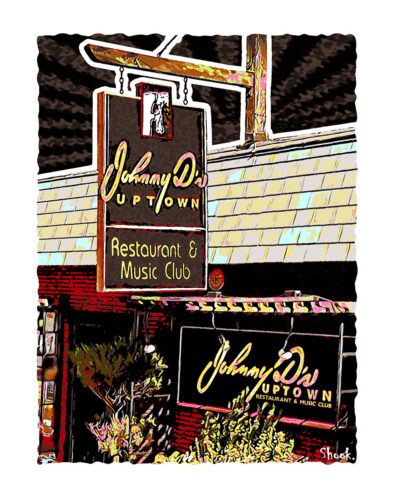 Davis Square had long been an outpost with little to offer a culture vulture aside from Somerville Theater, the original Steve’s Ice Cream, and since 1969, Johnny D’s which along with their dinner menu was a decent very casual spot to spend an entire evening. Their music bookings had that Cambridge/Somerville flair; the local folk/blues oriented Rounder Records label was only blocks away on Camp St. There was bluegrass, New Orleans, folk and yes, rock & roll. It always had a “that side of the river” vibe. It really came into city wide prominence once the Red Line expansion opened its stop right across the street. Thirty plus years of solid success followed, then ended in 2016 when Johnny D’s closed, a victim of whatever we are living in now… 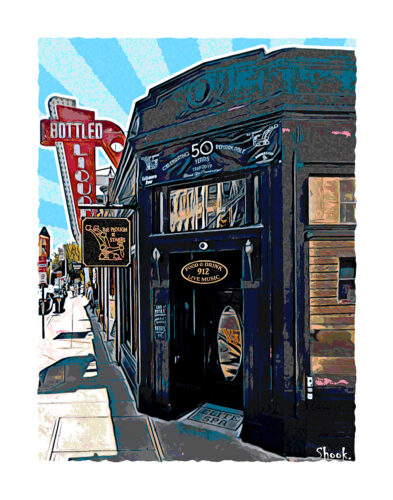 What can you say about “The Plough & Stars?” For a taste of the Auld Sod it’s one of the very best in this, a most Irish town. Located on Mass Ave between Central and Harvard Square, the Plough, as it’s called, has been a local watering hole since 1969 when it was founded by brothers Peter and Padraig O’Malley and named after the Sean O’Casey play of the same name. It’s still there, waiting to re-open. Guinness is always on tap here, probably a few already poured and decompressing under the tap faucets. Jim Seery’s kitchen prepares some interesting and tasty concoctions in addition to a great Shepard’s Pie. The music starts between 9 and 10. Dirty Old Boston recommends the Rusty Scott Organ Trio and the Handymen. Always a good time and a taste of Cambridge like it should be.
For a closer look at Steve Shook’s art visit him at SteveShook.net. You can send him a direct message right on the site.
All images courtesy of Steve Shook and Dirty Old Boston
***

Jim Botticelli administers the popular Facebook and Instagram pages Dirty Old Boston. He is the author of Dirty Old Boston: Four Decades of a City In Transition available from local independent bookstores.
For more images, updates and news on all things BostonMan Magazine, please follow their Instagram account here.

Say Gerv | Am I Still Part of Her Family?