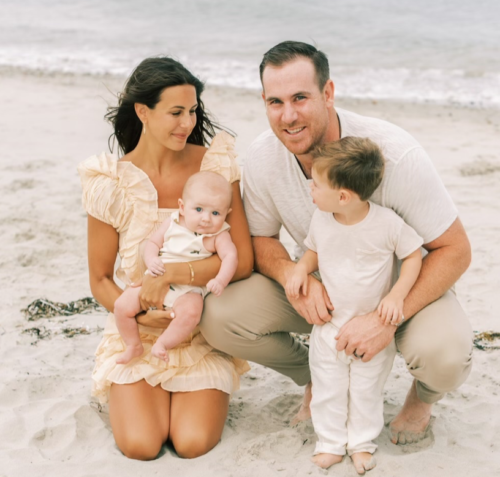 When the Bruins were on HBO’s 24/7 ahead of the 2016 Winter Classic, right winger and Boston native Jimmy Hayes brought the cameras into his family’s Dorchester home.  It was the Christmas holidays and his big, lively family were celebrating all together.  When the episode aired, Barstool Sports personality Feitelberg said on Twitter something to the effect of “if aliens ever came down to Earth and asked me to show them a classic Bostonian, I would take them to this house and show them Jimmy Hayes’ mom.”

Jimmy wasn’t the first local hockey player to make it to the NHL, but there was always a special kind of love and pride for him.  At every stop in his hockey life, Jimmy’s positive disposition, genuine warmth and kindness towards everyone he met, and fun-loving personality touched people’s lives.  As he made his journey from Dorchester Youth Hockey to prep hockey at Noble & Greenough in Dedham and then to the biggest amateur stage with the U.S. National Development team, paving the way for his younger brother Kevin, Jimmy stayed true to himself and his roots.

When it became clear that he was good enough at hockey that it could take him anywhere, he chose to stay in Boston and play for Beanpots at Boston College.  He would win two, scoring the overtime game-winner in the 2011 Beanpot against Northeastern, and also won a national championship with the Eagles in 2010. 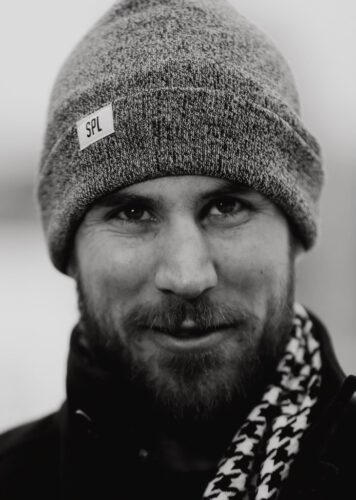 He was drafted by the Toronto Maple Leafs 60th overall in the 2008 NHL Entry Draft and after three seasons at Boston College, Jimmy began his professional career.  The Chicago Blackhawks had traded for his rights by then, and he made his NHL debut with them on December 30, 2011.  He would go on to play for four other organizations during his 9-year professional hockey career, including the Florida Panthers, New Jersey Devils, and Pittsburgh Penguins.  But the two spent with his hometown Boston Bruins were special for his family and the community that had raised him.

“He never changed,” is what just about everyone who was with Jimmy every step of the way has said to one another.  Back in his hometown, playing at the highest level of professional hockey in the world and making millions, getting recognized everywhere he went, Jimmy spent those two seasons in Boston giving back to the community and brightening the days of everyone who came into his path.

Jimmy always had a reputation for being a great guy, universally loved and respected, and for always making time for charity events.  But when tributes started rolling in after Jimmy’s sudden passing on August 23, from former teammates to complete strangers, these previously-untold acts of kindness blew away even the people who knew him best.

“I’m not sure where to start to even if I should say anything at all,” someone wrote to his wife, Kristen in a direct message on Instagram.  “I put myself through college working at Starbucks and Jimmy was one of my regulars.  Often times he’d be our very first customer of the day, but always within the first hour of opening.  We’d be tired and dreading another day of shift work and classes, but in would walk Jimmy.  Like a positive ray of sunshine.  He brightened everyone’s day, well beyond the few minutes he was in the store.  He learned everyone’s names and took genuine interest in our lives and would ask about our weekends and holiday plans, like a friend would.”

“We got a call from Mike McHugh, who’s son, Michael Jr., who was 12 years old, was terminally ill with cancer,” Jimmy’s brother Kevin shared during his eulogy at his funeral service.  “Jimmy got him tickets and passes to the Bruins game.  After the game, Jimmy brought Michael and his dad into the locker room and asked who his favorite player was, and said ‘it didn’t have to be me.’  Michael said it was David Krejci, so Jimmy had brought him over to Krejci’s locker and had them hang out together for almost 20 minutes.  Jimmy stayed with Michael, taking pictures, giving him sticks and a bunch of Bruins swag.  Unfortunately, Michael passed away just a month later.  His dad told us it was the greatest night of his son’s short life.” 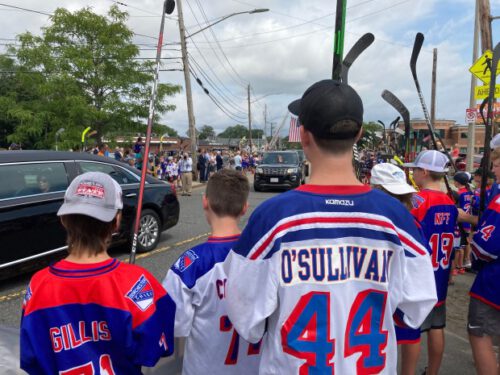 Helping sick children any way he could was a way of life for Jimmy.  “He never said no,” his father, Kevin Sr., told The Boston Globe.  [Former Bruin] Torey Krug told me they used to go to Children’s Hospital.  Jimmy’d fall in love with a kid, then go back a week later.  And a week later.”

As Jimmy continued his hockey career, often fighting for a roster spot, his magnetic personality and zest for life never wavered.  “One of my favorite teammates ever,” Patrick Kane said via Twitter when he heard about his passing.  “I’ll always remember his big smile, he was so positive and full of life,” Bruins captain Patrice Bergeron said in a statement.  “I’m really going to miss that.  We’ve lost a great person.”

After his hockey career wound down, Jimmy maintained that sense of camaraderie and love for the sport with his podcast, Missin Curfew, that he hosted with former NHL players Scottie Upshall and Shane O’Brien.  He also threw himself into what his close friends and family have described as his biggest accomplishment: being a husband to Kristen and a father to their two sons, Beau (2) and Mac (5 months). 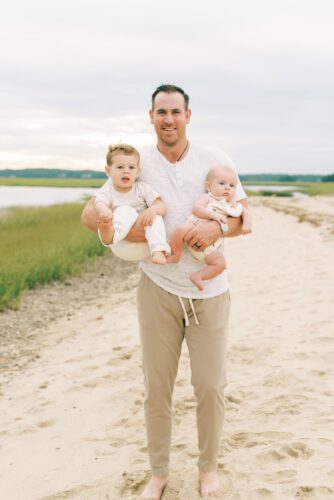 As a dad of young kids, his enthusiasm for the role was very much the same old Jimmy.  “I hesitated sending you this message,” a woman wrote to Kristen in a direct message on Instagram, “but as a mom of two myself I felt compelled to share.  I read the news of Jimmy and have been heartbroken since.  I only knew Jimmy for 3 hours – 6 weeks of 30-minute swim lessons at the Weymouth club.  Over 6 sessions I saw Jimmy cheer Beau on, scream with passion and excitement as Beau excelled,” she explained.  “A few weeks ago I told my husband that ‘Jack’s friend Beau has a Dad full of life unlike I had ever seen before.’  I didn’t know Jimmy by name and I didn’t know he played hockey.”

The tremendous loss of Jimmy in the Boston community was felt and shown right away, when the Dorchester Youth Hockey players lined the streets where he’d grown up and learned to play during his funeral procession, sticks raised in tribute.  A memorial was painted onto the ice at Devine Rink in Dorchester.  The Bruins will be wearing commemorative stickers on the back of their helmets this season to honor Jimmy’s life.  The other organizations he played for have had tributes as well.

For Jimmy’s family and friends, they choose to honor him by living as he did, something they describe on social media with the hashtag #BeLikeJimmy.

“Jimmy touched so many lives while he was here by living so generously and open-heartedly,” Kristen wrote in a recent Instagram story.  “We love you.” 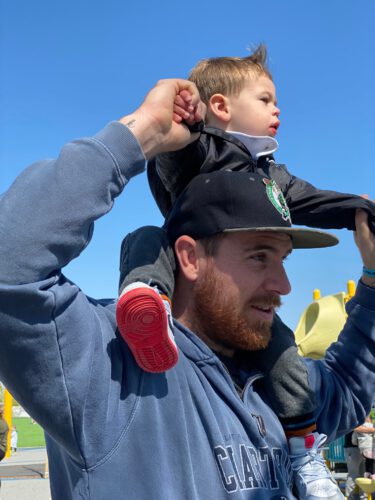