The Alden Report | GO BIG by getting small

Time is of the Essence.

As a first year law student at Suffolk Law in 2000 there are a few things that will always be engrained in my brain. Mostly from the fear a 1L law student feels when they walk into a law school classroom for the first time.

There are certain required courses that need to be taken like Criminal Law, Property Law, Torts and Contract Law. I really enjoyed Contract Law. Enjoyed may be an exaggeration as most of the time during that first year you are filled with fear. That fear is also a great motivator. Without fear you probably wouldn’t push yourself to be prepared for each class. Going to law school nights makes it even more difficult. I worked and had other obligations, but the fear of failure actually motivated me.

Time is of the Essence is one that stuck with me. Probably because it wasn’t that complicated to understand. To a lay person who didn’t study law it is fairly self explanatory. If a contract had this clause or phrase in it, each party was put on notice that there were time constraints either for the entire contract or certain provisions. If certain actions were not taken during a time period the contract itself could expire or parts of the agreement.

As a practicing attorney in the early 2000’s I used this basic yet powerful phrase in every agreement that I drafted. I understand it’s power within a contract or it’s negotiation but not until later on did I realize the greater non legal implications.

Time is something that we all have in common. Every human being on the planet has time. But, what we don’t know is how much time. How much time are our loved ones going to be with us. How much time our beloved pets will grace us with their love. How much time we will actually be here.

When you start to think about time and it’s importance and it’s value, it becomes clear how finite it is. Time is one thing we can never get back. Each second, each minute each hour, each day can never be given back.

How many times have you put something off until later? You say to yourself, tomorrow, next week, next month next year. From the most simple things like getting to the gym to the most important like telling a loved you how much they mean to you.

Every day time lapses, we get older, we change, we grow. Time expires for some while others are given more time than they thought they had left. Have you ever met a person who survived a plane or car crash? Or what about someone who beat cancer or survived a heart attack? They are reinvigorated. All of the sudden they see the world differently. They begin to literally stop and smell the roses. They see the beauty in the world around them. Their appreciation for the time they have becomes more valuable than any material item could possibly have.

Time is of the Essence means so much more than a legal term of art. We will all run out of time some day. No one knows when that day is. If you have said to yourself that you are planning on doing something. I would implore you to do it now! Not tomorrow, not next week, not next month. NOW!

Time is of the Essence. 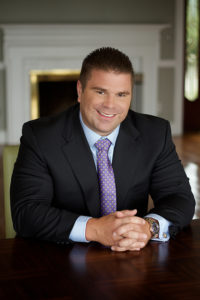 Michael Alden is from Beverly, Ma a graduate of Suffolk Law School and a three-time Wall Street journal and USA Today Best Seller.  He has contributed to Forbes, Huffington Post, CNBC, Entrepreneur and was awarded Boston’s 40 Under 40 Award.  To learn more about Michael Alden, visit www.michaelalden.net.  You can also find him on Facebook, Twitter, Instagram and Snapchat @MikeAlden2012