In the midst of a pandemic that is crippling the globe’s most connected and cosmopolitan cities, it can be difficult to see how these trading and cultural hubs rebound quickly, or why their future is sunnier than that of small town and rural America—places that city dwellers might wish to be now and in the immediate future, and where those who could afford to flee, fled. Already, “serious people” in media and academia are asking aloud whether the American city renaissance, that began in 1990’s New York and culminated in the gentrification of tenement neighborhoods across the country, is at an end and the migration from suburbs-to-city will be thrown in violent reverse just as soon as we can leave our apartments.

While the Covid Crisis is certain to bring action that addresses supply-chain vulnerabilities and debate about the wisdom of open-office floor plans (or the very idea of offices), and while more people will assemble a go-bag and squirrel away a month’s supply of toilet paper, the trend toward consolidation of power and prestige in city government—at the expense of state and national government, both favoring the rural and ex-urban—is not only here to stay, it’s about to rapidly accelerate.

Boston’s best days are ahead of it. True, Boston was the Hub of the American Universe when it mattered, in the heady days of the nation’s founding, and Boston played an out-sized role in all aspects of American life until New York City finally consolidated its grip on finance, and then culture, in the 20thcentury (sorry LA, but you make more movies about NYC than Santa Monica). Coming soon, it will be less important for a nation to have a single center of finance, unless that nation is a city.

National pride should come easy to Bostonians. We’ve already got Red Sox Nation, made up every city resident who knows what’s good for them. Smug superiority has gotten us this far; why not push it to the limit? The Covid Crisis has illuminated the dangerous, near pathological, folly of depending on communist China for essentials, like medicine and masks, in order to save less than a buck (in the case of masks, as little as two cents). Not only should personal protective equipment be re-shored, but Americans are likely to rethink shipping food across the ocean and back again for processing. Additionally, city-local fuel sources will become increasingly important both to ensure security and supply in an emergency and as a result of carbon-tax schemes. More robust local production will require more robust local governance.

The credibility of distant government has suffered a devastating blow from the Covid Crisis, with state governors being forced to fend for themselves, sometimes against Federal Agencies’ actions and advice, to ensure the safety of their citizens. In Boston, Mayor Marty Walsh has ably demonstrated his authority by getting ahead of the crisis. New York City only saw Governor Andrew Cuomo take the reins when Mayor Bill de Blasio fell flat, more concerned with appearances—celebrating the Chinese New Year— than action. In the future, this will be the exception, not the norm, as the absence of local action will create an unavoidable vacuum that the federal and state governments literally will not be able to afford to fill.

Much as Florence, Italy, could not look to Rome for leadership following the financial collapse of the Roman Empire, American cities will not be able to look to Washington, DC for leadership following its own financial collapse. While the Feds may still enjoy the power to print money, the massive and ever-increasing national debt will at some point in the not-too-distant future spell the end of the dollar’s global reserve status. The US government, forced to live within its means, will see its power to bail out anything and everything within its jurisdiction, including city governments, come to an abrupt end.

In Italy, the Venetians stepped into the power vacuum created by the declining Eastern Roman Empire in around 1000 AD. The Venetians occupied this space for 500 years, maintaining great power until the rise of the Ottoman Empire in 1500. All the good things in the Middle Ages came from the Middle East; being able to trade with Egypt and Syria was essential. Today, all good things come from the Far East. While essentials will be re-shored, many things will not, and the existing trading and cultural hubs of America—Boston, New York City, San Francisco—will be in the best position to leverage those advantages.

Empires of the ancient kind—of which the Ottoman Empire was a piece and the United States is probably the last—are unlikely to arise again due to the impossibility of large-scale conventional warfare; it’s mutually assured total destruction. Instead, trading and security leagues of like-minded city-states, similar to the Hanseatic League in medieval Germany, will be up-and-coming in a generation or two. The city of Boston may have to share its future glory with New York City and Philadelphia, but if history is any guide, being one in a collection of nodes in a global trading network will be worth it.

Even if there is an alternative to this future arrangement—perhaps online nations with little or no geographic identity—Boston, with its incomparable academic and technical institutions and know-how, is poised to burnish its reputation and see its fortunes increase. In fact, if an online existence becomes paramount to a physical one, then Boston’s tech riches might allow it to credibly claim, once again, the title of Hub of the Universe. 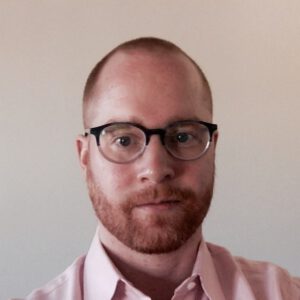 Say Gerv | Is My Boyfriend Faking it?

The Midnight Ride| Donald Trump Is A Punk