Area leaders work together to raise awareness and funds in the fight to end the disease.

In the fall of 2019, Boston Fire Chief Dennis Keeley joined the American Cancer Society’s Real Men Wear Pink campaign to support the fight against breast cancer. He would finish the calendar year as the top fundraiser, bringing in more than $26,000 in donations, and in doing so won a membership to The BostonMan Legacy Club. (BostonMan Magazine Publisher Matt Ribaudo’s own mother Betty, is a breast cancer survivor herself.)

It was a celebratory time, but Keeley was unaware his journey with breast cancer was just beginning.

Chief Keeley’s own daughter Jackie, now age 30, was diagnosed with breast cancer early this year. Newly married to husband Bill, who was deploying to Iraq as a member of the U.S. military, the family rallied around her immediately to provide emotion support and day-to-day comforts.

Speaking to a group of American Cancer Society staff and Real Men Wear Pink of Boston volunteers this summer, Keeley said last year he reflected on how there were 27 women in his immediate family at the time and no history of cancer of any kind. Jackie’s diagnosis was a shock to them.

“It broke my heart. It broke everyone’s heart. I’m here to tell you, this is what we’re fighting for. We’re fighting for people we know. Every dollar counts,” Chief Keeley told the group. “I would do anything for my daughter at all to try to make this thing go away.”

Each Real Men Wear Pink of Boston candidate is challenged with a fundraising goal of at least $2,500, and they are asked to wear at least one pink item every day in October. Most of all, they are encouraged to use their own voice to celebrate survivors and to spread the word about breast cancer awareness in live events, professional and personal conversations, and via social media.

Chief Keeley encouraged this year’s “Real Men” to do as much as they can to help reach the campaign’s $100,000 goal. This year he was instrumental in rallying the entire Boston Fire Department to support the campaign with “Pink Shirt Sundays,” where the approximately 1,500 Boston firefighters all wear pink shirts that say “Fight Cancer With Fire” on Sundays in October.

“Cancer is like a marathon that goes on and on… the effects hit like a truck,” said Keely. “Unfortunately, not every can write a check to help like I can, or has a family around to support them, like we do. That’s where ACS comes in.”

Now in its fifth year running as part of a nationwide program, the Real Men Wear Pink of Boston campaign enlisted dozens of prominent men to take a stand against breast cancer. Candidates contribute their unique talents and reached deep into their networks to collect donations as well raise awareness for the fight against the disease. Dollars raised help the American Cancer Society save lives from breast cancer through early detection and prevention, innovative breast cancer research and patient support.

WinterWyman President Scott Ragusa is a returning Real Men Wear Pink candidate because, he said, “Personally, like many of us, I have seen how cancer can impact so many lives. We lost my wife Patty’s mom to breast cancer and Patty’s sister Denise recently battled this disease. I am raising money so that my daughter’s never have to hear the words, ‘You have cancer’.”

A lot of the guys are having fun with the challenge. Ken Martin, managing director at ZRG Partners, LLC, is hosting an online raffle for donors; for donations of $100 and above Martin is entering his supporters to win prizes including game -worn jerseys signed by New England Patriots players, a Living Proof hair care products gift basket. Plus, donors at $200 and above will be entered to win a piece from David Yurman.

Kenny Young, a DJ at WZLX Boston’s Classic Rock, an iHeart Media Boston stations, is planning to record some new videos for social media to follow up on his pink dispatch posts from last year. And, Michael Letzeisen, assistant athletic director for Events & Operations at UMass Lowell, is getting his entire family, including their dog Derby, dressed in pink for fun photos.

“This year’s Real Men know there is no time to wait. They must be bolder, braver, and stronger than ever before,” said Grace Lasch, community development manager at the American Cancer Society who is coaching the Real Men Wear Pink volunteers. “We’re so impressed by their creativity. They don’t give breast cancer the advantage.”

American Cancer Society staff say if current trends continue the impact of COVID-19 will reduce the non-profit’s ability to fund cancer research by 50 percent in 2020 — its lowest investment this century. This could mean that millions of dollars in breast cancer research could go unfunded. Or, 1.4 million calls could go unanswered. Nearly 500,000 patients could go without a free ride or place to stay while receiving treatment. That is what could be at stake this year alone, they said.

Throughout the pandemic, the American Cancer Society has been there 24/7 for cancer patients and caregivers, listening to concerns and providing accurate, scientific information about COVID-19 and cancer. Its free transportation and lodging programs – which have been temporarily paused to protect vulnerable cancer patients — are planned for reopening as soon as it is safe to do so. But, reopening and sustaining these programs comes at a significant cost, Society leaders said.

“We envision a future where our children will no longer live with the threat of breast cancer, but unfortunately, that future is at risk,” said Louise Santosuosso, executive director at the American Cancer Society. “We can’t and won’t allow progress to be put on hold because of COVID-19. At risk are more and better treatments and discoveries that will improve and save lives.”

The American Cancer Society is a global grassroots force of 1.5 million volunteers dedicated to saving lives, celebrating lives, and leading the fight for a world without cancer. From breakthrough research, to free lodging near treatment, a 24/7/365 live helpline, free rides to treatment, and convening powerful activists to create awareness and impact, the Society is the only organization attacking cancer from every angle. For more information go to www.cancer.org.

The full list of Real Men Wear Pink of Boston candidates, as well as donation info, are listed at http://realmenwearpinkacs.org/bostonma. Email grace.lasch@cancer.orgor call 857-327-8276 to learn more. 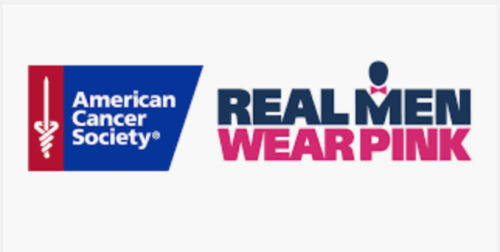