The Alden Report | Joining the Club

Do you know the smell?  Poverty has an actual smell to it. It is very difficult to describe. But as someone who spent half his life poor. I know it when I smell it. You do too.

Walk into a Savers, a Salvation Army or any thrift store and breath it in. That’s the smell. It is a universal smell of poverty and despair.

I know the smell so well because as a kid we went shopping for clothes at places like this. When you walk into the home of a poor person you can smell it there too.

It’s not an unclean smell, it’s not a smell of someone who doesn’t take care of themselves. But it’s a smell of people who have given up. An aura of despair and disappointed people who don’t know how to get ahead.

I recently became reacquainted with this smell when my 14 year old daughter wanted to go “thrifting”. The smell instantly brought me back to my childhood. It wasn’t necessarily a bad place to go to, it just reminded me of what my mom had to do in order to survive.

When we wanted a new couch we didn’t buy it. It was trash picked. Tables, chairs and yes even clothes were picked from the trash. Places like the Salvation Army or Building 19 are where we would get the nicer things. Almost new or if we were lucky actual new stuff. 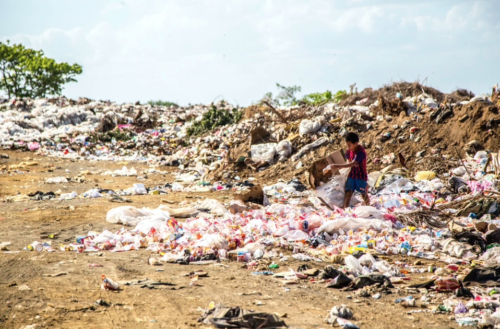 Now as you read this and before you are upset and think I’m disparaging the poor, I’m not.

What this smell also reminds me of the most is opportunity. When I walk into a Savers or a Salvation Army with my daughter I see lots of different kinds of people. Some have in fact given up. But most are survivors and go getters doing what it takes to just live.

Many times, poor people are put into one bucket. Lazy, given up, bad decision makers, victims of their environment etc. But most of them are survivors and trying to make it.

I’ve been a survivor all my life, in fact people tell me that all the time. “Mike you will get through it you are a survivor”.

This is such a horrible place to be. Survivor mentality comes from many places but it is also seen across all societal levels. The super-rich sometimes are stuck there. If they realized that making the switch from survive to thrive they could have a huge impact on the world, they may start to actually push forward rather than retract.

As I write this column leaning on the side of a display of old pottery and dish wear at Savers I reminded myself that I know I can survive the rest of my life just fine. We are not only designed to survive we are designed to thrive. You know what they do to horses that can’t thrive right?

That’s not you, that’s not me, that’s not who we want to be. Make 2022 the year to start thriving. Start asking for more out of life. Do more than what you did yesterday and do that every day and see what happens.

Stop listening to your friends and family members who are usually enabling the survivor mentality. It’s time to thrive.

Want to feel the visceral emotions I’m feeling right now?  Walk into any thrift store breath in the air. Observe the people. You will be able to tell that most are just surviving. How can you tell?

The thrivers are looking at things and then searching the internet to see if they could buy it here and sell it for a profit on-line. You will notice their carriage probably has the best the place has to offer. Why?  They expect more, they want more. They are thrivers.  It’s a small mental note that you need to say to yourself.

It is our natural instinct to survive. So as humans we got that covered. You don’t need to think about it. You just will until you either give up or decide to thrive.

I think deciding to thrive is the best choice.

Michael Alden, a graduate of Suffolk Law School and a three-time Wall Street Journal and USA Today Best Seller, is from Beverly, MA.  He has contributed to Forbes, Huffington Post, CNBC and, Entrepreneur, and was awarded Boston’s 40 Under 40 Award.  To learn more about Michael Alden, visit here. You can also find him on Facebook, Twitter, Instagram and Snapchat @MikeAlden2012

The Alden Report | Joining the Club

The Alden Report | UnMasking Our Beliefs