In the evening when I sit alone a-dreaming
Of days gone by, love, to me so dear,
There’s a picture that in fancy oft’ appearing,
Brings back the time, love, when you were near.
It is then I wonder where you are, my darling,
And if your heart to me is still the same.
~ lyrics to Sweet Adeline

When former Boston mayor John Francis “Honey Fitz” Fitzgerald, the most famous performer of Sweet Adeline and JFK’s grandfather, died in 1950, thousands turned out for his funeral and to sing this barbershop quartet standard since 1903.

These days, you would be hard-pressed to find the lonely soul in Boston who knows the words to Sweet Adeline. Then, as now, was a time of incredible social change as American military and diplomatic might surged over the world, pulling the fortunes of recently-assimilated Irish and Italian-Americans, in cities like Boston and New York, with it. Yankee supremacy theretofore so inscrutably ensconced in the halls of American power, from coast to coast, was leaving its small-R republican roots behind to fit the skin of Empire it coveted since the first Gilded Age.

With its White Anglo-Saxon Protestant ethics in the rearview, America’s ruling class could make peace with going abroad in search of monsters to destroy, and from the Dulles brothers onward—through Henry Kissinger and Oliver North, to Dick Cheney and Hillary Clinton—one sovereign foreign government after another was dispatched, deposed, or otherwise doomed for failing to bend the knee. At the same time, cultures that no Boston Brahmin would have deigned to acknowledge 100 years afore, including the Irish, Italian, and Jewish, were assimilated into what is known today as “white supremacist” American culture.

The Yankee watering holes where Boston’s first inhabitants would have bemoaned the rise of Irish pubs and Italian joints are long gone, and their replicas and restorations—bars and restaurants like The Green Dragon and Union Oyster House—are pale imitations of their former selves and filled to the gills with tourists and Cheers aficionados. But Boston, compared to its cousins Washington, D.C. and New York City, has always been slow to change, perhaps in acknowledgment of a great debt to its revolutionary past. For decades, institutions like just-closed Durgin Park and Doyle’s in Jamaica Plain where Honey Fitz once sang Sweet Adeline have bridged the gap between the Dirty Old Town and the new-and-improved, Disneyfied Hub.

Restaurants and bars like Doyle’s were Boston institutions not because they stood against the rising tide of cosmopolitanism. Late-19th-Century cosmopolitanism birthed establishments like Doyle’s and Jacob Wirth’s, where politicians and assorted power-brokers rubbed elbows with working-class residents, Irish, Italian, German, Jew, and many others, for decades. Which brings us to what’s different about the current changes afoot from national politics on down to local bar-and-restaurant culture.

Today’s changes, which seem not to presage the beginning of something bigger, as grand as Empire, but the end of something smaller, as venal as unchecked greed, are inextricably-linked by the Federal Reserve’s policy of making the global rich richer. Easy money, in the form of low-interest rates, into the pockets of bankers and CEOs has driven the relentless rise of property prices in every major American city since the turn of the millennium. With rising prices comes rampant speculation, wealthier residents, and higher property taxes, and with these, more demand for establishments on the edge: of food, fashion, and ostentation. Doyle’s never stood a chance.

The new money culture taking root in Boston comes as the tide of American Empire recedes, taking its foreign vassals and sons of satraps in with it. The question is, as this cosmopolitan class erodes the fabric of ancient Boston—with ticky-tacky condominiums and steak houses possessed of Las Vegas hotel lobby charm—whether any of Boston’s new haunts for the new élite can ever match the egalitarian institutions that we have lost. 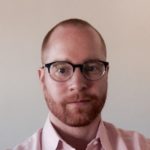 Where We Eat | Brunchin’ on Bloodys!