Doc’s Orders | What’s that Pebble In Your Shoe?

This Decade, Rethink How Your Doctor Can Help You

If health is wealth, most doctors focus on taking patients from in the red and sick, to neutral and symptom-free.

Sticking with this analogy for a moment, if we’re being honest, we aren’t satisfied with having “just enough” money to survive–we want to maximize our earning potential and live our best lives.

Well-being and vitality are no different. Our healthiest isn’t living free of ailments. Rather, it’s, feeling and looking our best.

Telling the average doc that you feel fine, but want to feel awesome, during the 15-minute appointment you scheduled two months ago will feel foolish to you and unnecessary to him. 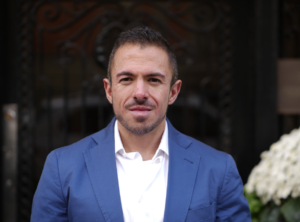 Dr. Steven Zivich found this glaring need for health optimization in our healthcare system troubling. Thus, in 2017, he founded Boston Direct Health to give his patients what he calls “the alpha edge,” whether that be in the boardroom, the bedroom, or the gym. Here’s what he believes people need to tackle to get there:

Gut problems are often the underlying cause of more complex and seemingly unrelated issues, such as low testosterone levels. “I had one guy who had a lot of gut issues, felt sluggish, but on his labs, the only thing that stood out was his testosterone was 240 ng/dL (250-1200 ng/dL is the norm),” recalls Dr. Zivich.

The traditional approach would be to prescribe a testosterone supplement to fix this. But Dr. Zivich took a look at the puzzle that was this patient’s health history and concluded that his two inflammation-based conditions, namely irritable bowel disorder (IBD) and ulcerative colitis, were causing his test levels to plummet.

The solution Dr. Zivich proposed was a high-intensity probiotic regimen and a modified Keto diet for about three months. His patient’s testosterone levels doubled, and his energy levels were restored.

Moral of the story: nutrition and gut health must be on-point first, or else you’re just treating symptoms with bandaid solutions.

Dr. Zivich uses a 24-hour cortisol saliva lab test that maps your cortisol curve and compares it to acceptable levels based on time of day. Abnormal levels can lead to a host of issues, the most common including diminished testosterone production in men, fertility issues in women, and difficulty losing weight.

“For optimal energy levels, you need a normal circadian rhythm, and for that to happen, cortisol needs to spike in the morning, not evening,” explains Dr. Zivich.

Cortisol levels that spike in the evening rather than morning will have you feeling fatigued all day and wired at night, causing energy and mental acuity to suffer.

“Looking at the mitochondria is the next big thing,” says Dr. Zivich. The mitochondria is the powerhouse of the cell responsible for making the energy off of which every organ system works. There are labs that Dr. Zivich uses to look at metabolites within the Krebs cycle (the cellular process that produces energy) to identify what stages within the cycle are potentially problematic. Anxiety, depression, muscle aches, and fatigue are just some of the conditions that can be alleviated by optimizing your bodily function on a cellular level.

Visit www.bostondirecthealth.com to learn more about Boston Direct Health and the services Dr. Zivich offers. Dr. Zivich can also be reached via call or text at 617-304-1965.

Laura Alessi is a certified personal trainer running her own business in various locations around Boston. Her first foray into weightlifting was on her father’s BowFlex at age 12, and the rest was history. She has nearly a decade of experience in the fitness industry, having worked at age 16 as the youngest wellness coach on staff at her hometown Y. She has competed in six NPC shows, most recently in the figure division, where won her class. Prior to figure, she competed in the bikini division starting in 2013, either winning or placing second in her class in each category.

Starting 5The Next Level

The Next Level | Your Dreams Are Limiting You

Margaret Cresta
Starting 5The Next Level

Gordie Gronkowski
Starting 5The Next Level

Victoria Diamond
The Next Level

The Next Level | Make Your Mark