The first thing I ever stole was my dad’s copy of Boston’s debut album. I must have been about six or seven years old, and my tiny little six or seven-year-old brain had become completely obsessed with this CD. I can still remember sitting in the back seat of our family’s old Nissan Pathfinder, asking my dad to play that record over and over, again and again. And he never denied my request (inadvertently spawning in me a plethora of other first-world personality flaws that still plague my character to this very day, but that’s beside the point). There was just something magic about that album that filled me with elation every time I’d hear those perfect melodic hooks, anthem-sized guitar riffs and Brad Delp’s soaringvocals. I had stared into the face of utter sonic perfection, and it had stared back into me. I knew that CD must be mine.

Because I was six or seven and apparently still wholly unfamiliar with the concept of borrowing (I must have missed that episode of Sesame Street), I snuck downstairs one night while my parents slept to steal the CD. Wearing two pairs of my thickest, most stealth-optimized socks and avoiding the creaky third stair from the bottom, I tip-toed down to the giant shelf of CDs that dominated our living room, and began my search. Much to my glee at the time, my dad had recently alphabetized the shelf of 200+ CDs, which only expedited the speed of my diabolical pilferage (Ha! The fool!). I quickly snatched the CD and excitedly hurried back up the stairs, this time not caring how much noise I made. I closed my door, turned out every light in my room, and went to grab my Walkman. After severely stubbing my big toe in the dark, I cleverly rearranged and reattempted the previous sequence of events, popped the CD into my Walkman and hit play.

In more ways than one, you might consider this my original sin. This one action, both for better and for worse, has shaped my character into the person I am today. But still, I often wonder, had I been able to fathom the far-reaching and life-altering ramifications of this single act of theft, whether or not I’d do it again. You see, by one fell swoop of fate’s cruel, unflinching blade, I had not only lost my innocence and begun to question morality and righteousness on existential planes previously unrecognized by my prepubescent mind, but I also became incapable of tolerating any Linkin Park song for longer than five seconds. My favorite Ataris record suddenly sounded juvenile. My tiny little six or seven-year-old brain had become inexplicably endowed with the ability to recognize that New Found Glory totally sucked, and my life was made immeasurably more difficult because of it.

I’m sure many of you out there also suffer from this curse. Perhaps you contracted it when listening to The Who’s Tommyfor the first time, or by watching old footage of Jimi Hendrix play the national anthem at Woodstock. Regardless of the specifics, there was likely a point in your life when you finally realized some music was just plain better than others in every conceivable way. And those of us unlucky enough to have come to this realization early in life have suffered every single day because of it. For most of my childhood, I was unable to share my friend’s enthusiasm as they would discuss which Offspring track “kicked the most ass.” Later in life, annoyed girlfriends would scowl as my eyes rolled while they listened to their favorite Bruno Mars song. I’ve been called a curmudgeon, a hater, a contrarian and nearly every other synonym in the book over my utter inability to endure any Beyoncéalbum, and it’s all Tom Scholz’s fault.

But alas, just as one can never un-ring a bell, I will always be burdened with the masterpiece that is Boston’s debut album. Like some winding, particularly convoluted episode of The Twilight Zone, I am doomed to spend the rest of my days wandering this mortal coil trying, and failing, to find a new album that fills me with as much joy and fascination as that ratty old CD did all those years ago. Just as Icarus flew too close to the sun, I discovered rock ’n’ roll perfection too early. And in the end, we both got burned. 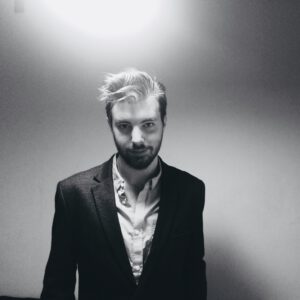 Street Magic, More Than A Name

The Enthusiast | One More Time