THE ENTHUSIAST: The Story Behind the “Yankees Suck” Industry 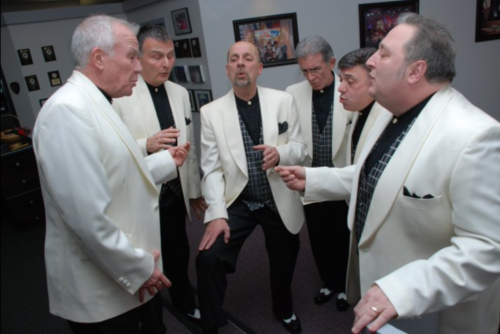 All of us have been singing our entire lives. We all grew up in the Boston area and what our backgrounds have in common is not only finding a love and talent for singing at a young age, but always being around music with our families. We all learned to sing and harmonize before we really even knew what we were doing, just from the constant exposure from our dads and other family members who sang and played instruments.

There are six of us total in the group:

Carmen Federico: Our founder and the glue of the group, Carmen grew up in the North End and formed Street Magic with a few guys from the neighborhood in 1980. He has kept the group going ever since. You can still find Carmen’s vocals singing prominently on most of our songs.

Robert Gennari: another North Ender, Robert got his start singing Italian folk songs with his family and studied at the Ingo Conservatory, training also as a classical pianist. He has had 3 separate stints with Street Magic since the late 90s – the current one being with us for the past 7 years.

Dick Paris: Dickie is from the Melrose/Malden area and has been performing professionally since the late 60s (yes, he’s that old). He has shared the bill with Louie Prima, Jerry Lee Lewis, Brenda Lee, Tony Bennett, Frankie Valli and the Four Seasons, and many more. He’s been with us for over 20 years!

Mike Bernard: Our Great White Whale enthusiast and the bass singer of the group! Mike is a man of few words and quick comebacks. Definitely proud to have him as one of our guys!

Jimmy Caserta: Jimmy is also from Malden and has been singing acapella all over the North Shore for decades. A fantastic drummer he is also known to fill in with local groups, and is a DJ out on the Cape too. 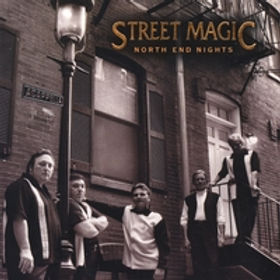 Street Magic was formed in the North End at the tail end of the doo wop age. Back then, you could find groups singing on a bunch of different street corners in the neighborhood at night. It has been around for 41 years. Members have come and gone (and come back again!), but what keeps us going all these years is how passionate we all are. It can be hard to find the right people – everyone wants to sing the lead, but not everyone can harmonize. It always feels like once we find the right combination of people, someone leaves! But there’s nothing better than harmony, when it’s done right. It’s different with each song, and we are all very passionate about what we do.

We love the spontaneous moments when we’re out somewhere and just start singing. Like this one time we were driving through Medford to get to a gig, and drove past a church and saw a bride waiting outside the doors with her dad. We pulled over and sang her a song, and she started crying. Little memories like that really make it. You don’t need to bring or set up instruments to create those moments, all you need is your voice. You can walk into any room, even if you’re not connected to anything that’s going on there, and when you start singing to people, their faces light up like you’ve just given them a present. You just can’t do that with a band. When you see people stop what they’re doing to listen, and record on their phones, and you see the joy you’re bringing them – we thrive when people are enjoying themselves. It’s the best part of doing what we do. It truly is Street Magic! 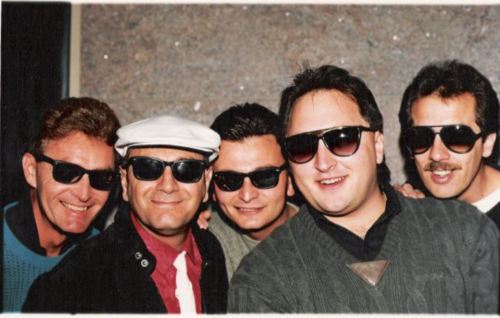 We sing at events all across New England, and you can always catch us at the Fisherman’s Feast, right here in the North End.

We have opened for and sang with most of the original doo woo groups. We opened for Dion DiMucci of Dion and the Belmonts (and later a solo artist) and when we saw him years later at one of his Boston gigs, he said “I wish I had you guys back when I was playing.” He might be onto something – after a run of being told by promoters there were no events to book, and then seeing their stuff pop up everywhere, someone at the New England Doo Wop Society that “the headliners don’t want to book you because you’re better than them!”

We all also love and were influenced by The Temptations – they were huge, especially with their harmonies. We opened for them at a show in Toledo and then got to meet Otis Williams when he came to play in the South Shore a few months later. “The acapella group?” he said when he saw Carmen. “You guys are great!” Crazy stuff!

We donate and our time and vocal cords at Children’s Hospital; we usually wear sunglasses because you start crying. We also always sing at the North End Against Drugs’ annual event. And Marisa’s Mission, of course is very near and dear to our hearts. Whenever people call us to sing for people who are sick or families that people are raising money for, we always step up.

Believe it or not, out of anywhere we sing, we prefer singing in places like tableside at a restaurant, without a microphone or a PA system, where we can sing directly to people. It’s that instant gratification. Sometimes, the best moments are when someone asks “do you know this one?” And we know it, but we don’t really know it – but it comes together!

We sing all the doo wop classics most people think of. Our favorite one to perform together though is “Somewhere Over The Rainbow.” Dickie sings the lead on it, and out of all of the songs we perform, that’s the one that when we sing it, you can see the emotion on people’s faces the most. We are always happy to take requests, and turn anywhere we go into a performance. Sometimes we can’t honor a request because we just don’t have the song, but it’s a huge part of what this is, and the best part of it too.

As Carmen’s wife once told him, “you have this gift that people would die for. Share it.”  And we love sharing it – we’ll do it as long as we’re alive. 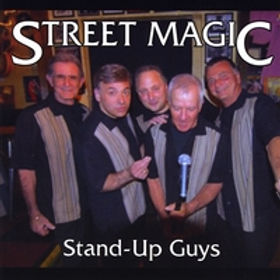 The Enthusiast | Boston You Have My Heart